We have developed our judging over 18 years and our judges, all top business people within their chosen arena, have cited our awards as both the most transparent and professionally executed. Each application is scored by up to 4 different judges from a panel of up to 30 judges, all applications are seen by different members of the judging panel. The judges spend several hours and score not only their own sponsored category but several others too, this ensures transparency. The first page of questions is designed to give the judges a real feel for your business, followed by several questions that are scored from 1 to 5. It is worth noting that although all judging is computer based please ensure you upload images or screen shots of all important pages. There are no site visits or presentations involved. The finalists are chosen by adding all the scores and up to 16 entrants can make it through to the final, however if scoring is low, less entrants make it through. Should you wish to read our Top Tips, please click HERE 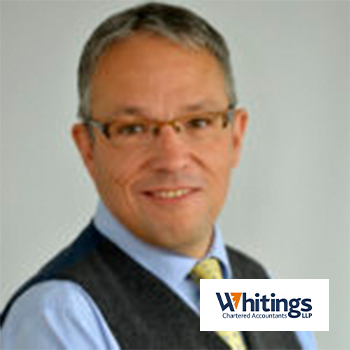 Ian Piper is a chartered accountant, with 25 years’ experience in general practice, who works as partner at the Ely office of Whitings LLP.

Here, he, predominantly, looks after a portfolio of SME business clients. He helps them run and develop their business, with a particular interest in tax planning and helping the owners sell their business.

Ian has judged the annual local business awards since 2013. He enjoys meeting Ely business owners and discovering what direction their entrepreneurial spirit is currently heading in. 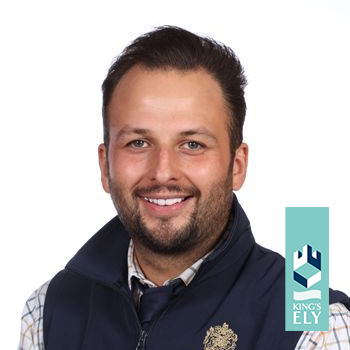 Jordan has been Head of Media and Public Relations at King’s Ely for six years and loves being able to celebrate and promote such a busy, thriving school.

Jordan achieved his National Council for the Training of Journalists (NCTJ) qualification at News Associates in Wimbledon. Before joining King’s Ely, he was a Senior Reporter for the Cambridge News and covered the Ely and East Cambs patch for just over eight years.

Jordan has been involved with local business awards for several years now and says they are a superb way to not only champion the region’s business owners and entrepreneurs, but to also nurture important relationships. 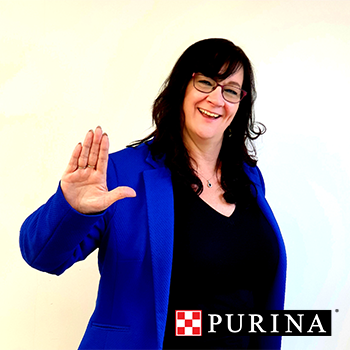 Wendy Smith is a Chartered Fellow of the CIPD and CMI with over 30 years’ experience in HR across a wide range of industry sectors.  Her specialisms are in the field of Employment Law and Employee Relations; both being subjects she has mastered in and lectured at a senior level.

She works in a leadership role at Nestlé Purina, as well as working part-time as a Judge at the Employment Tribunal. Wendy enjoys the constant learnings that comes with both her people focused roles and strives, at all times, for fairness and justice. 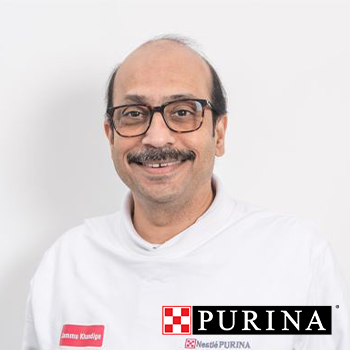 After gaining his Master’s Degree in Food Technology, Jammu pursued a career in manufacturing with Campco Chocolates and later Nestle, specialising in operations and performance management and gaining diploma in Chocolate & Confectionery Technology. Joining Nestle Confectionery in Ponda, Goa, India in 1994, he was Production Officer, involving commissioning and shopfloor management. After 2 years’ operational responsibility, he moved within Nestle to Production Manager’s role in Samalkha, Haryana, Northern India, where Jammu was heavily involved in technology transfer, start up and regular operations of confectionery plant. With more than 11years of operational management experience gained through various managerial roles within Nestle, in 2006 he took on a Factory Manager’s responsibility at the confectionery & chocolate factory in Marikina, Philippines with Delfi Foods Limited, where he played an integral part in factory expansion and industrialisation of new products. After this short career outside Nestle, Jammu was hired back to Nestle Malaysia as Plant and Technology Manager in the Confectionery factory, Chembong, Malaysia in 2008 and later became a Senior Principal Technical Advisor at the Confectionery Product Technology Centre York, UK. After 4 years’ of manufacturing & technical support to Nestle’s chocolate, confectionery and wafer factories across Zone AOA (Asia Oceania and Africa), Jammu moved as General Director and Factory Manager of Nestle Ukraine LLC in Kharkiv Region, Ukraine where he was in charge of two Nestlé s largest culinary factories producing noodles, sauces and seasonings which led to his current role as a Factory Manager in Wisbech for the Nestle Petfood category.

Jammu has a huge passion for people’s growth and development; believes in hiring the right people and empowering them to have autonomy in their roles. 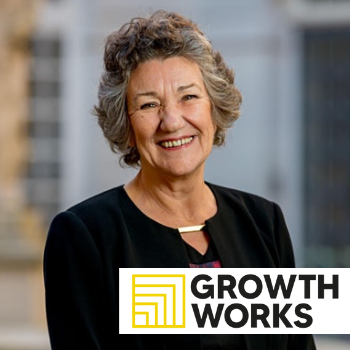 Bev has a wealth of first-hand experience of growing several successful businesses and overcoming the challenges of the key tipping points of the scale-up journey.

She has launched six ground-breaking and multi award-winning services to address market gaps and unmet business growth needs, all of which have been replicated and scaled across the UK. She also created a highly successful P2P mentoring community in Norfolk, raising a commitment of over 10,000 mentoring hours in less than three weeks from launch. Since then, Bev has created or delivered many mentoring programmes, including from the British Business Bank and J.P. Morgan, and was consulted by BEIS to improve the Mentorsme portal. 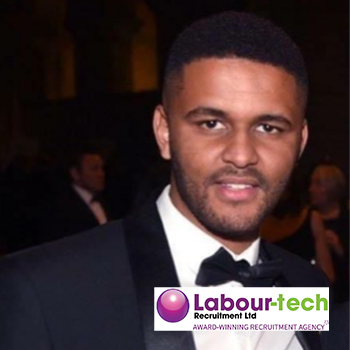 Kurtis joined Labour-Tech Recruitment back in 2017 as Business Development Manager. This was a brand-new role created to help Labour-Tech build on the 16 years they had been in the area. Kurtis has previous experience helping agencies grow their business including the opening of a brand-new office for his previous firm in the centre of Cambridge.

Recently appointed to Commercial Director, Kurtis has successfully built strong relationships with local and international businesses and considers it a real privilege to now have the opportunity to sit on the panel and judge these amazing companies in our local area. 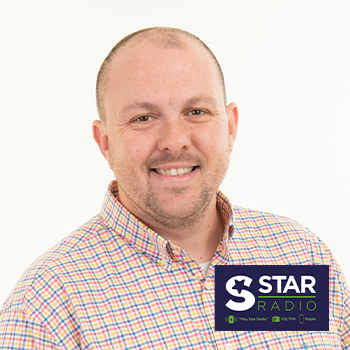 Daniel started his radio career at the BBC as a Technical Operator before moving to commercial radio as a presenter at Cambridge’s Q103 and Hereward FM in Peterborough.

In 2010 he joined the Heart FM group where he became breakfast presenter for the network’s Hertfordshire station.

After a decade of early starts, Daniel was approached to join Star Radio in Cambridge and in 2020 promoted to the role of Operations Manager, specialising in developing new marketing solutions including video, podcasts and non-traditional revenue. Daniel works directly with a variety of Ely businesses designing bespoke multi-platform marketing campaigns.

In an era where businesses have multiple advertising options Daniel is still convinced that the power of radio is undiminished. “It’s your companion on your commute and while you’re working in the office or at home.

“Your customers don’t read a newspaper while gardening, nor do they scroll through Facebook while driving.

“Radio’s completely portable, meaning advertisers are able to reach people on the go and closest to the point of sale.

“If the last 18 months has taught me anything, it’s that radio is a trusted source of local news, information and above all – companionship.” 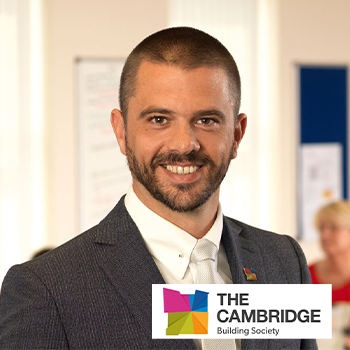 Andy Jukes has extensive experience in financial services organisations, having launched his career at Santander and Barclays before joining The Cambridge Building Society in 2009.

Andy is very much a people person and wanted to work in an environment where he could impact other people and customers. This drew him into retail financial services where for 26 years he has put customers at the heart of everything he does.

At The Cambridge he now leads a team of 80 compromising key managers, eight team leaders and 70 customer advisers

He sees his role as generating a deeper brand connection, making customers lives easier and helping them to achieve their financial aspirations.

For Andy, great customer service is about taking a genuine interest in customers. Fundamental to that is treating customers as individuals, taking the time to truly understand their needs and delivering over and above their expectations. 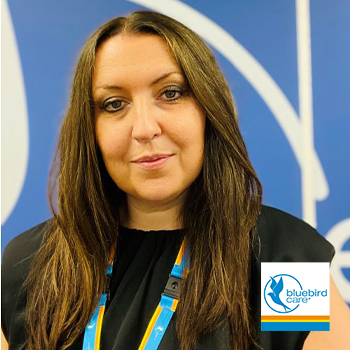 I have been in the care industry for 8 years now and previously was a retail director. I was a registered optician and left optics for a career change in 2013. Being able to strive for excellent customer service, no matter what sector, is embedded in everything I do along with a passion for developing people. I have over the years of being in senior roles, developed various employees to make the most of their careers, mentoring and encouraging them to thrive and get the career they want.

Being able to specialise in keeping people safe within their own homes, utilising technology to enhance our service, is a passion of mine now. I have a particular interest in dementia services and have completed many courses since starting in the care sector to really get a full and thorough understanding of how to support our customers and their loved ones who are living with the effects of dementia.

I am looking forward to meeting other local businesses and seeing how they are striving in their own industries, especially from this last, challenging year we have all faced.

Could Your Business Be A Winner?